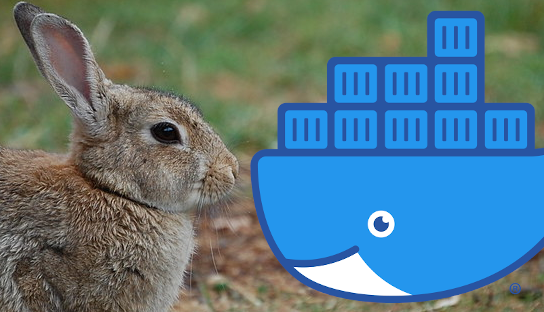 Hello everyone!! I’m back with a little post about how to easily automate the creation of an wireless access point, taking advantage of the portability of a Raspberry Pi Zero W and Docker containers.

You might remember former posts about the topic, like Hiding the Rabbit or the first part of project AIRE (so sorry, those are spanish only!). In both cases we made use of a Raspberry Pi 3, whose wireless interface allowed us to quickly create a highly portable access point using hostapd to create the access point and isc-dhcp-server as a DHCP server.

In this case, we will take our dropbox further and gather the tools inside a Docker container, so tools, dependencies and network configuration are made available quickly and automatically.

I will leave you here the link to the GitLab repository where I have published the project:

Given that we will be using a Docker container to manage dependencies and configurations, prerrequisites are few, but still exist.

We must make sure that IPv4 Forwarding is enabled on our operating system, which allows the redirection of packets between different attached networks. In my case, as usual, I use Raspbian on my Raspberry Pi Zero W. In any case, we can check if this feature is enabled on almost any distribution with the command:

In case the returned value is 0, we must activate it with:

And in order to make the change persistent, we have to make sure that the following line on /etc/sysctl.conf exists and is not commented out:

In order to avoid problems with dhcpcd service, which in Raspbian and other modern Linux systems is the servicec that manages the network interface autoconfiguration via DHCP, we will add the following line into /etc/dhcpcd.conf, making the service ignore the wireless interfaces wlan0 (but still manage the wired interface eth0):

Also, we will obviously have Docker to be installed into our system. We can do this automatically by downloading and executing the official installation script:

We will also install docker-compose, a toll that will help us manage containers later, by getting some dependencies and using Pip for the installation of the tool itself:

At this point, we have met all the requirements to continue our little project 🙂

Once we have installed the former dependencies, we can start to construct our Docker image, from which we will build our containers later. We will create a directory for the project with any name we cant. I will name it autowlan. Inside it, we can create a confs folder that will contain the configuration files that will be put into the image, and then another folder hostapd_confs inside it, with configurations related to the access point service itself.

To define the Docker image we will create a new file named Dockerfile with the following content:

Some explanations about it:

You can find here a good explanation of the configuration fields. I will just point out that the SSID of the created network will use the ssid field on the configuration files, and the security is defined especifically on each one of them, as you may have noticed.

You can find here a further explanation of the former fields, but in essence, we set ourselves as the main DHCP server on the network with authoritative and define an 11.0.0.0/24 network on which range we will grant up to 10 client addresses.

As we saw when creating Dockerfile, a file named interfaces is added into the image on /etc/network/interfaces, which will contain the network configuration of the access point created over the wlan0 interface.

Its contents will be:

As you can see, the wlan0 interface on which we will run our access point will have a static IPv4 address of 11.0.0.1/24. Also, it is specified that the eth0 interface will be configured via DHCP when it connects into our external gateway, through which we will access the Internet. We configured /etc/dhcpcd.conf on the host system some sections before and there should not be any annoying network service on the Alpine base image, but it is better to prevent possible issues.

On these two configuration files we will define the IpTables rules through which we will create a NAT or Network Address Translation to allow the transparent communication between our access point’s network and the outside. In our case, the NAT will be created between wlan0 and eth0 interfaces, the second serving Internet connection into the first.

The iptables.sh script contains the rules requried to establish this NAT and has these contents:

On each line, the first command is iptables-nft, which is used on Alpine to manage the new Firewall system on Linux, based on nftables, but still using the classic IpTables rule syntax (on Debian, Raspbian and other distros the iptables command actually links iptables-nft by default). It looks for a rule (-C) on the current applied ruleset. If the rule does not exist, the check command will return a value 1 (error), and hence the second command will be executed, which actually adds (-A) the rule. This will prevent rules to be applied twice.

As for the rules themselves:

Now, in the case of iptables_off.sh script, it has the following contents:

You may notice that the content is almost the same except for two details. The first is the substitution of the || (OR) operator for the && (AND) operator. With this, the second command on each line will be executed only if the first one does successfully exit, that is to say, if the rule does exist and hence must be dropped by the script. The second detail is that instead of adding the rules we will be, then, deleting it by using -D.

Lastly, we have a initial script called start.sh that will be the entry point for the container execution and on which we will see how all the services are executed. It has these contents:

This is somewhat more complex 🙂

Building the image with docker build

Having finished our tour through the various configuration files, we have everything set to create our image. We can do this by placing ourselvs on the project’s folder and executing:

With this, the image creation is initiated. The image will be tagged with a name, autowlan, easing its later identification.

We will see how the base Alpine image is downloaded, tools are installed into the image and configuration files are copied into it (unless, as in my case and in order to save some space here, the first steps are taken from cache). It is a Raspberry Pi Zero W; give it some time to finish! 🙂

Creation and execution of the container

We are nearly there! We can launch the container from the created image with the command:

A small explanation of the command parameters:

We can see how the container and services are created, showing the log lines of both hostapd and dhcpd as well as colored lines about the container’s execution process, which we wrote inside start.sh. Aditionally, we can see how a newtork device has joined the network (censored! :P), how a 11.0.0.10/24 IPv4 address has been offered and granted to it and, lastly, how the device disconnects.

If we wanted to create and boot the container in the background, we can add the -i parameter to docker run.

You will remember that, although by default the autowlan image already contains the necessary configuration to create an open access point, we have created additional configuration files in the confs/hostapd_confs directory with WEP and WPA security settings.

Hence, we can create a container secured with WEP with the command:

As you can see, we have changed the name of the container to autowlan_wep to make it descriptive and we have added the parameter -v $(pwd)/confs/hostapd_confs/wep.conf:/etc/hostapd/hostapd.conf, which performs the bind mount of the configuration file wep.conf into the container (the $(pwd) statement is used to create an absolute path).

Similarly, we can create a WPA2 secured container with:

In both cases the management is done with exactly the same commands as in the previous section, except that we will have to use the name of the container in question.

If we were to execute docker container ls we could see the three created containers, ready to be used.

Finally, and totally optional, we could make use of the docker-compose tool to create and manage the containers. To do this, we can create three different files to manage the three types of containers we have described.

An open-docker-compose.yml file to manage the container with no security:

A wep-docker-compose.yml to manage the container with WEP security:

And a wpa2-docker-compose.yml to manage the container with WPA2 security:

In any of the three cases, we can execute docker-compose by reading the configuration files and managing the containers with the following commands:

So far so good 🙂 I know this has been quite long, but I hope you liked it and it made you learn something new. Don’t be too bad!!